Killing Floor, Kele, Adam Green, Instamatic For The People, RPM, And Other News

It has been a busy time for me lately.

It gives me a real buzz when bands use my images – the Killing Floor are using my images here:

I am looking forward to when they return to the UK later in the year.

On 4 July a local independent record store R.P.M. celebrated Independence Day by putting on a gig in the square outside their record shop. It sis so good to support local stores so we all can have more choice not just one or two large chains that just stock whatever is popular. Some of my photographs from the gig are in the gallery . Check out R.P. M. here:
http://www.myspace.com/rpmrecordshop 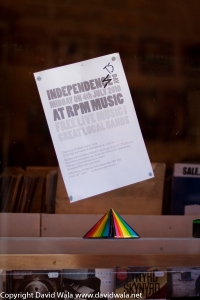 This  also gave me the opportunity to photograph some more musicians for my Instamatic For The People project including members of Maybe Myrtle Tyrtle, and Cult Image. The images can be found in the gallery: Instamatic For The People
On 8 July I shot the gig by Kele at Newcastle Digital I only had first three songs from the crowd to shoot the gig and shot it with my 50mm prime lens. It made it more challenging as it was difficult to move around the audience and obviously could not zoom in or out to change the composition. Some of the images are in the gallery

This week on Monday ( 12 July 2010) I shot the Adam Green his gig at Sheffield Academy. It was my first visit to this venue – it was a good vibe there in the Academy 2. Unfortunately there was no photo  pit so I shot the gig from the crowd and from the side of the stage. It is always a pleasure to shoot any of Adam’s gigs he is always entertaining and most importantly he has some outstanding tunes. I also bought his instrumental soundtrack album Musik For A Play – I need to have my turntable repaired so I can hear it. Some pictures from the gig are in my Adam Green Gallery. 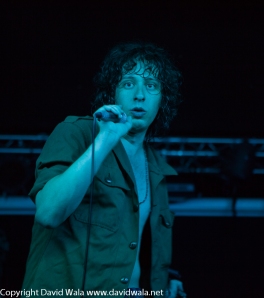 Last week I had some of my work published by Glorious Noise:

I have just been updating my computer and had to download some new software for my Canon 5D Mkii to be compatible with Windows 7 – if you are looking for codecs and or software check http://software.canon-europe.com/products/0010678.asp