After taking a year way from my ongoing Instamatic for the People project I decided to restart it this week by photographing Howler.I have changed this project to include bands from outside of the North East of England –  I want to make it inclusive as possible. Local writer Linsey Teggart summed up my project in her article for Narc magazine  her article for Narc magazine – this sums up the article. Other information can be found mainly in my 2010 and 2011 posts in this blog.

On Friday while waiting for Howler who were delayed due to mechanical problems – I was wondering if they would have time to do some photographs ( I needn’t have worried they were super cool and very helpful even though they had been on torturous journey on the M1.). To pass some time I flicked through my book from the exhibition and reflected on how much has changed in our local music scene. It is interesting to see how fashions, and locations have changed as well as the people

This picture of Brent below shows rest of Howler engrossed in the book I think sums up their enthusiasm.  As their album America Give Up has been the soundtrack of my year I think it is fitting that they are the first band to be photographed for the relaunch of the project. This has given me a real boost. 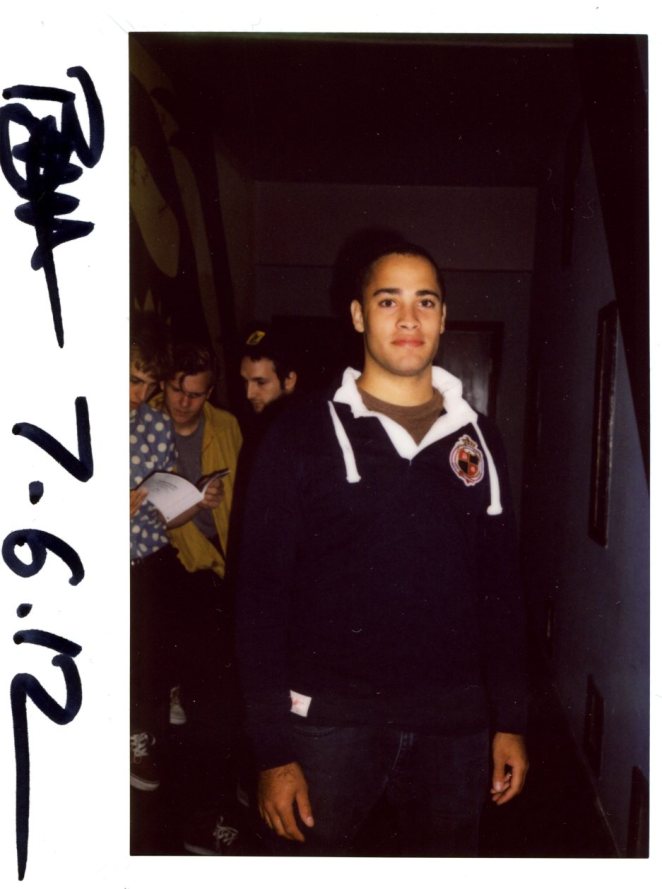 Brent from Howler, and the rest of the band looking at the Instamatic fro the People book

I would also love to photograph all the people from the original book next year as part of this ongoing project.

The book is still available to buy from Blurb books click on the image below – all profits go to Teenage Cancer Trust. It is also available for  iPad  and iPhone as a download

I would once again like to thank everyone that has taken part  and to Howler for being the first people of 2012. I am looking forward to see where this project take us – hopefully to another charity opening and gig.