Last Record Store Day I shot Superfood ( who have since released their debut album ” Don’t Say That”) at  Sound It Out Records in Stockton. One of the pictures from then has been published in the super impressive Rock Atlas book. 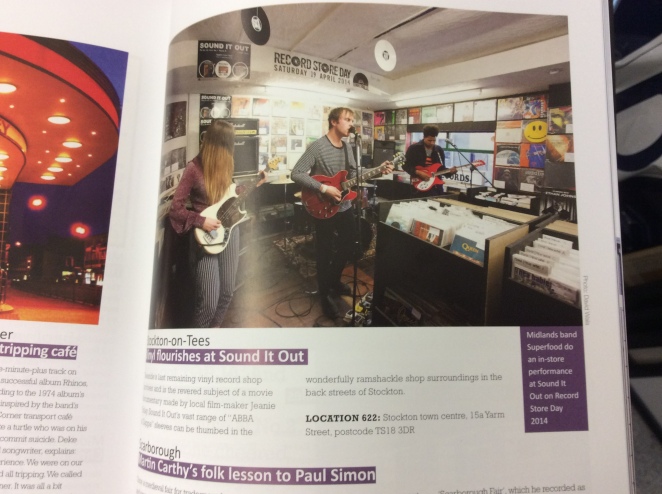