I have negelected my blog for too long. You can find some of my posts and work on my Flickr Page , Facebook Page, My Website, and my Vimeo Page

Please find some of my work  from 2016 – it’s been a great year I have seen some of my favourite bands and we are only two months into the year.

Photo copyright David Wala For permission to use this image please contact me david@davidwala.com. 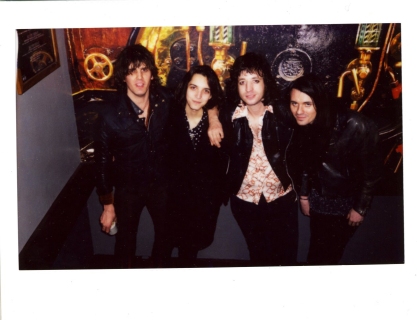 Telegram, Newcastle, 20th February 2016. A scan of an instant as part of my ongoing Instamatic for the People project

Fat White Family, perform an in store to celebrate the release of their album Songs For Our Mothers, Rough Trade East, London, 28th January 2016

This was one of the wildest gigs have been to in a long time. I was down the front with the super enthusiastic crowd – I could not move around much but managed to get some shots that reflect the energy of the gig.